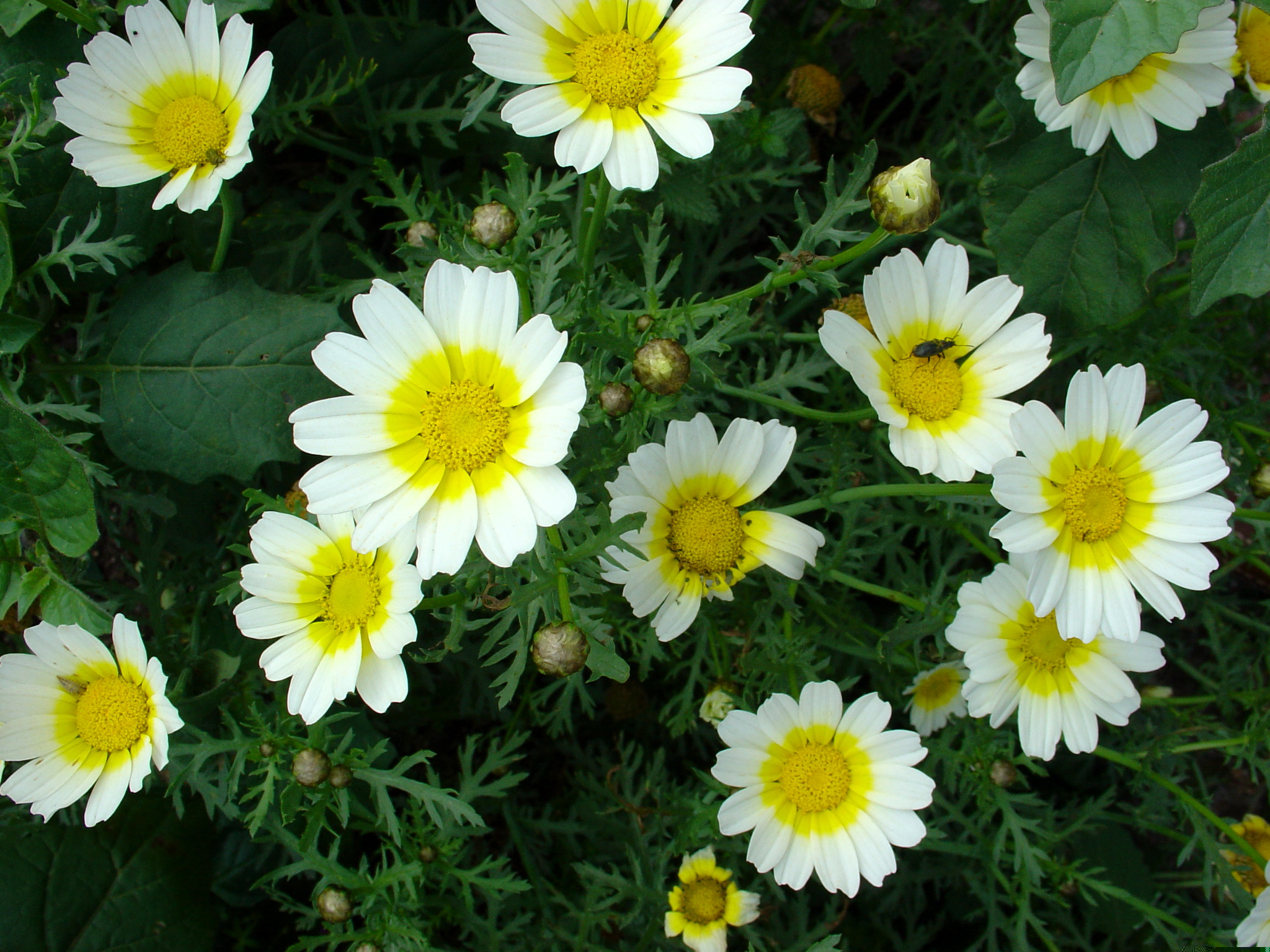 There are a number of different essential oils that we refer to as ‘Camomile’. And while their actions overlap to a great extent, there are subtle but important differences. So let’s have a look at them and try to clear up any confusion.

When we think of Camomile, we think of an essential oil that is relaxing and soothing for both mind and body. We may also be aware of an anti-inflammatory oil that is gentle, safe and easy on the skin. We probably know that it may aid sleep, and could be great for stress relief.

Camomiles belong to a plant family called Asteraceae (formerly known as Compositae). This is a massive family of plants that includes the Daisy, Sunflower, Arnica, Calendula, and a number of essential oil producing plants such as Yarrow, Tagetes, and Wormwood.

The Camomile oils with which we are most familiar are probably Roman Camomile and German Camomile, the only ‘true’ camomiles. We may also be aware of Moroccan (Wild) Camomile. And then there is the little known Cape Camomile, and Blue Tansy which is sometimes known as a Camomile.

German Camomile (Matricaria chamomila or Chamomilla recutita) is also known as Blue Camomile, because of its incredible deep azure colour. This striking characteristic is due to the presence of a substance called chamazulene, which is a very strong anti-inflammatory agent.

The quality of German Camomile essential oil can vary considerably, depending on when it is harvested, and how it is distilled. Chamazulene is not present in the plant, but is produced from matricin during the distillation process. Now matricin is, interestingly, ten times stronger as an anti-inflammatory agent than chamazulene; and slow distillation may lead to increased concentrations of this substance and therefore an even stronger anti-inflammatory effect. A really fine oil will contain good concentrations of bisabolol, another powerful anti-inflammatory. But this precious ingredient is present in much smaller quantities when the plant is harvested in the middle of the day, so it is always good to check the concentrations of this substance, if this information is available.

German Camomile has the strongest anti-inflammatory qualities, so use it for burns, allergic reactions, inflamed or sensitive skin, sprained ankles, other signs of inflammation (pain, redness, immobility, swelling, and heat). It can be used to soothe digestive problems and release muscle spasms, and also for insomnia. It is mild and safe – a good children’s oil. It is non toxic, and non irritant, and can be good for mild allergies (obviously consult a doctor in case of severe reactions). However some people are allergic to all plants from this family so there could be an outside possibility of contact dermatitis.

German Camomile has a sweet, warm, herbaceous aroma. You can feel the warmth of the sunshine in it. Use it as an inhalation oil, in massage (especially on the abdomen to soothe the digestion), a drop or two in a bath, or for localised use in a compress. All camomiles help to regulate the female menstrual cycle, so it would be safer to avoid using them in the first three months of pregnancy.

Roman Camomile (Anthemis nobilis or Chamaemelum nobile) has a sweet, hay-like, herbaceous scent with a hint of apples. Chemically it is quite different from German Camomile, being composed mainly of esters, yet the properties and uses overlap considerably. Perhaps you can think of Roman Camomile having a more direct ‘hammer’ effect, while German Camomile is maybe a little softer. While it retains the calming, relaxing, soothing qualities of German Camomile, it is more uplifting and balancing.

Use it for its direct and straightforward effect on nervous tension, anxiety, insomnia and also skin problems, but it will not have such a strong anti-inflammatory effect as German Camomile. Roman Camomile would be the oil of choice for menstrual pain (abdominal massage).

Moroccan (or Wild) Camomile (Camaemellum mixtum or Ormensis multicaulis et mixta) grows wild in north Africa, especially in the North West area of Morocco. It is probably the number one camomile for insomnia and depression, and can also be useful for headaches, especially if they are stress-related, and stress-related skin disorders. It also has a significant effect on regulating the female reproductive cycle. The aroma in some way reflects the harsher environment where this plant thrives. It is still sweet and agreeable, but definitely has an ‘edge’ to it, suggesting understated efficacy. It contains about 5% 1,8-cineole (found in eucalyptus oils) which gives it a freshness, and may help it with mucous like conditions. 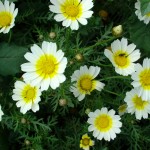 This is a great calming, relaxing ‘anti-stress’ camomile, which also has aphrodisiac properties. It is the least costly of the camomile oils, and although it has a history of use in perfumery, this is an oil with a relatively short history of therapeutic use. Therefore information is a little sketchy and it would be best to proceed with a degree of caution. A great selection for skin conditions and also insomnia, but better not to use in pregancy and with young children. Use it in massage and inhalation.

There is something of the ‘new kid on the block’ about Cape Camomile (Eriocephalus punctulatus). As the name implies, it is native to South Africa, and contains significant amounts of azulene, which give it an anti-inflammatory and analgesic property. It can be used in creams and ointments and is good for skin care, especially skin that is irritated or dehydrated.

The aroma is extraordinarily sweet, with a hint of boiled sweets. Again a tremendous oil for stress, with a gentle anti-allergenic effect. It is good for irritability and depression, and you could also use it in a massage blend when treating back pain, neuralgia, rheumatism, etc. Use this oil at times of change such as the menopause and puberty. It is high in monoterpenes and esters, low in camphor and linalool. This is a superb oil for an overstimulated mind, and you can use it in inhalation, massage, and the bath.

Cape Camomile seems to be very sensitive to locations, with the oil varying within a very short distance of where it grows. We may expect to see chemotypes of this oil being defined in the future.

Blue Tansy (Tanacetum anuum) is a lovely oil, which is high in chamazulene. Use it as an anti-inflammatory oil, and for soothing allergies, hay fever, asthma (with Ravensara), bruises, sore muscles and joint. However it contains 12% camphor which can accumulate in the body, so avoid extended use over a long time.

Nature has provided us with an abundance of different oils, and in some cases the selection is relatively clear. However it is a good idea to avoid using any particular oil over an extended period of more than a week or two, so ring the changes with these camomiles, and see what works best.