You are here: Home / Archive Newsletters / Lavender Essential Oil — Oil with a thousand uses, and why it deserves its reputation as Queen of Essential Oils 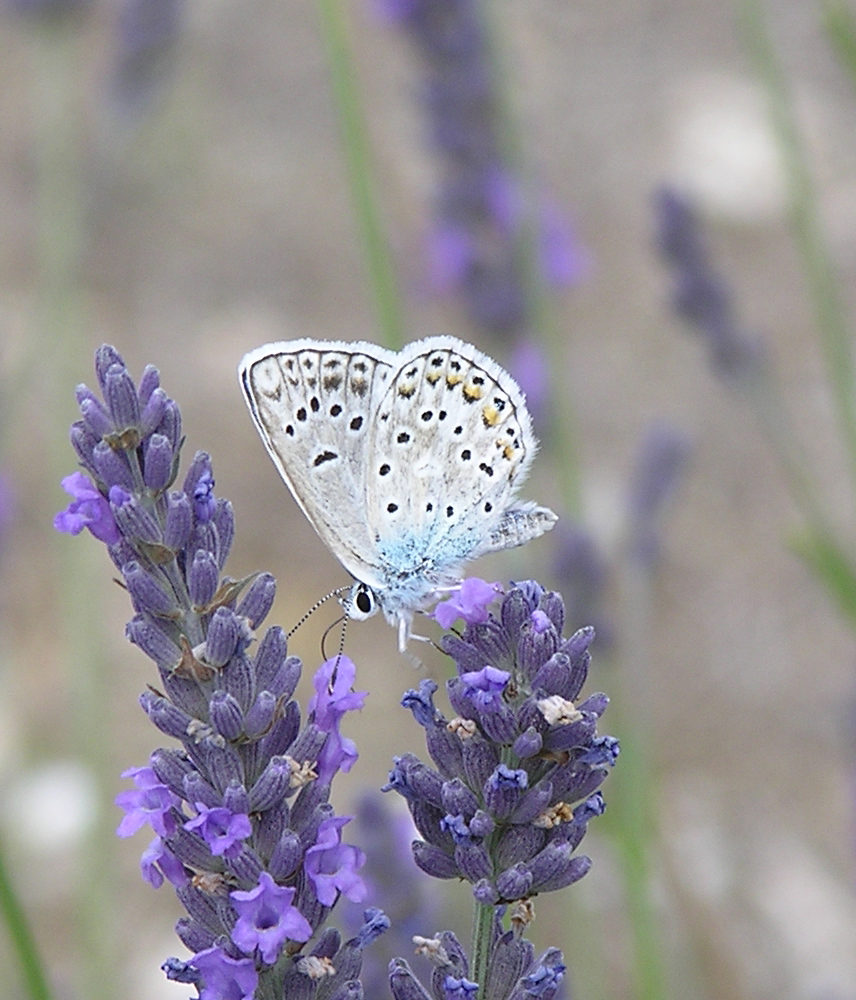 The amazing Lavender is one of the most versatile essential oils. So much so that it sometimes seems as if there is nothing that Lavender can’t do! Lavender lifts you up when you are tired; it settles you down when you are anxious; it aids sleep; it relaxes the muscles; when used in a massage blend it balances and emphasises the notes in other oils; it uplifts you when you are feeling down; and it soothes the skin.

Added to all this, True Lavender is one of the safest essential oils, and one that you can put on the skin undiluted. In fact ‘modern aromatherapy’ really began when Maurice Gattefossé, a french chemist, used pure Lavender oil on his burned hands after a laboratory explosion, and noticed exceptionally quick and complete healing.

There are many different types of Lavender, and this can be confusing. So to help you through the maze, we’ve produced some ‘Lavender Facts’. There is so much to say on this that this ‘Lavender Newsletter’ will be served to you in several parts. The first part is about the different types of lavender.

Lavender is the glory of aromatherapy, a mother queen to pacify and console, a cooling tonic-relaxer and rescue remedy, a panacea of amazing amplitude, a multiple healer for the heart, the lungs, the digestive tract, a bestower of tranquility and peace.

The Genus Lavandula
Lavenders cross pollinate to produce seed, and also hybridise between themselves. The seed therefore never runs true to its parent plant, which means that a particular variety grown from seed may, after two or three generations, differ significantly from a plant propagated purely from cuttings. To complicate matters further — or perhaps I should say ‘to add to the joy of diversity’! — the same variety of lavender will produce essential oil of different quality depending on the soil, sunlight, altitude, latitude, etc.

Different Species
There are many different species of Lavender which produce very variable essential oils that have very different consitutuents, qualities and uses. Since we are aromatherapists rather than academic botanists or gardeners let’s concern ourselves with those varieties that produce readily available essential oils: True Lavender, Spike Lavender, Lavender Stoechas, and Lavandin. (By the way, because of its historical popularity, lavender has developed many common or colloquial names, such as ‘English’, ‘French’, ‘Dutch’, or ‘Spanish’ Lavender, which in different parts of the world refer to different plants. We’ll stay away from these names.)True Lavender
True Lavender (Lavandula angustifolia) is produced mainly in France, Bulgaria and Kashmir. It is native to the mountain areas of the mediterranean, and plants grown at higher altitudes are often considered to have the highest therapeutic benefit giving essential oils with a higher ester content and a more enchanting aroma. The finest quality oil comes from plants growing in the pure clean air high in Provence, which provides the idyllic soil and climate for this most prized lavender. Renowned for its remarkable therapeutic capabilities, diverse applications, and soft, refined, fresh floral fragrance, Highland Lavender has particularly powerful relaxing, soothing, and balancing properties.

Population Lavender
What is Population Lavender? As mentioned earlier, lavender grown from seed will, within a few generations, give rise to plants with very different characteristics. Fields of wild lavender will display plants of many different hues: deep purple, blue, pink and white. This is known as ‘population lavender’. Now if we take one particular plant and propagate it purely from cuttings, we restrict this natural variability and replace it with a plant (and an oil) that is more predictable (in terms of its makeup and the yield it gives), but perhaps less complex. Examples of these cloned lavenders are Lavender Maillette, and Lavender Matherone. They are frequently cultivated at lower altitudes.

Spike Lavender
Spike Lavender (Lavandula latifolia) is a different species, mostly used as a support for respiratory and muscle conditions and to relieve the discomfort of insect bites and stings. The plant produces a greater abundance of essential oil, making it less costly and more costly in many lavender products. It has stronger anti-infectious properties than true lavender, with a fragrance which is more penetrating — less floral and more herbaceous and camphoraceous, due to the existence of camphor and 1,8 cineol.

Lavender Stoechas
Lavender Stoechas (Lavandula stoechas) contains higher concentrations of ketones (39% Fenchone and 24% Camphor being typical). For this reason it should always be used with caution, and it’s use is generally within the realms of ‘medical aromatherapy’ and not with pregnant women, babies and young children.

Lavandin
Lavandin (Lavandula hybrida) is a hybrid plant, a cross between True Lavender and Spike Lavender. Grown from cuttings, not seeds, it is easier to grow than lavender and produces a higher yield of essential oil. Lavandin and true lavender have similar therapeutic properties but lavandins are better suited for respiratory, muscle, and circulation conditions. Their fragrance is less floral and more herbaceous than true lavender. Examples of Lavandins are Lavandin Grosso, Lavandin Sweet (Super), and Lavandin Abrial.

How to use Lavender? Well, we’ll cover this in a future mailing.