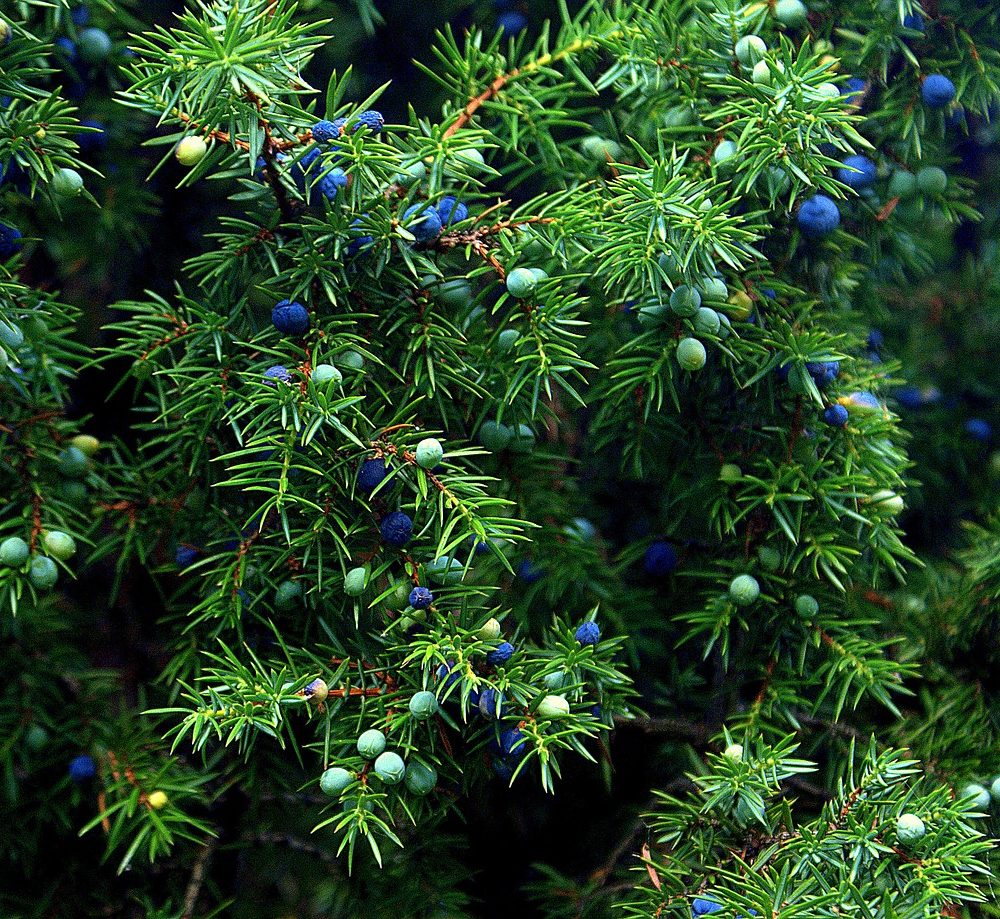 This spicy, aromatic and warming essential oil, collected from the summer-ripened berries of Dalmation juniper bushes is a wonderful ally of man in his permanent battle against disease. Juniper has been known traditionally as a major digestive stimulant. Its tonifying, detoxifying properties on the lymphatic system and the kidneys and its action against fluid retention (oedema) or lipid retention (cellulitis) have been largely documented in modern phyto-medical research. Juniper helps to re-establish basic energy, particularly through energising kidneys, spleen, and pancreas. It should however be used moderately for people with kidney problems.

According to modern medical aromatherapy it is one of the most powerful decongestants so far known. Its diuretic properties linked to its warming nature make it an excellent remedy against rheumatism and gout which are often linked to accumulation of toxins under a cold and damp physical ‘terrain’. Juniper is also helpful as an expectorant in cases of cold and flu and an effective remedy against disorders of the uro-genital tract like cystitis, leucorrhoea etc. As juniper stimulates the uterine muscle it should not be used during pregnancy.

An excellent skin toner the oil is used against oily skin, acne, dermatitis and eczema, often also against hair loss and haemorrhoids. A purifier of many levels and a protector, Juniper is a dispeller of nervous tension and stress. It helps to remove inner obstacles, rigidity, and feelings of inferiority. Sun charged autumnal energy to fight the frost.