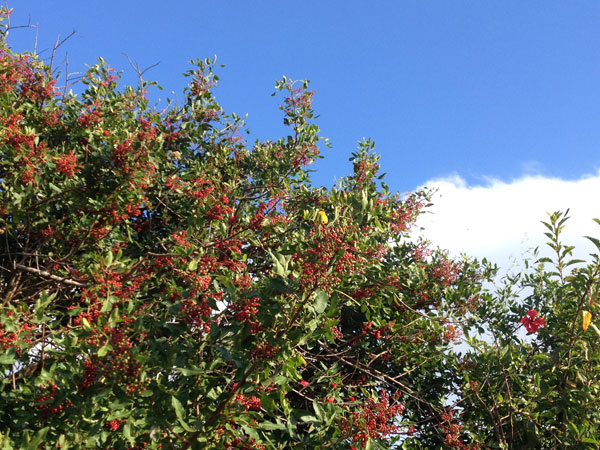 There’s a new pepper around, and you will love its sweet, soft, gentle tones, and it’s efficacy!

Brazilian Pepper (Schinus terebinthifolius raddi) has significant anti-fungal and anti-inflammatory properties, but its main application is as a support to the respiratory system. In fact in due course we may come to think of it as the ‘go to’ oil for bronchitis, etc.

The key compound here is a special type of monoterpene called delta-3-carene which is known to be effective for respiratory conditions. This compound is found in relatively small concentrations in a number of highly effective respiratory oils such as Cypress (8%), Myrtle (3-5%), Bay Laurel (4-5%), and the fairly costly Elecampane (8%).

But Brazilian Pepper doesn’t just contain a massive 33% delta-3-carene, but also a significant proportion of monoterpenols (typically about 8%). Monoterpenols are antibacterial and generally anti-inflammatory. They stimulate lymph and blood circulation and generally improve the circulation of energy in the body. It may be the combination of these two which gives Brazilian Pepper its extraordinary power. 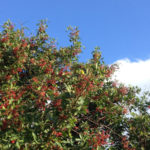 As is frequently the case, the English common name ‘Pepper’ is used to describe a number of plants which are botanically dissimilar. Brazilian Pepper and Pink (California) Pepper are of the Schinus genus, Green and Black Pepper are the same plant (genus Piper), Szechuan Pepper, a totally different plant much loved in China for the spicy, astringent flavour is a Rutaceae (so related to all citrus plants), and Tasmanian Pepper is a Winteracae.

Green Pepper, Black Pepper (and also White Pepper by the way) are the same plant. The green peppercorn dries out to become black, and then if the husk is removed you have White Pepper.